Theme parties are tons of fun, especially for kids who are already excited to go to a party and eat cake and ice cream. No matter the age, turning the party into a big game can add to the happy atmosphere. Adding a theme like a murder mystery takes planning, though, because you want to be sure everyone is comfortable with the theme and will be able to participate in figuring out who did it.

Let the Parents Know the Theme

Do let the other children's parents know about the theme. It's true that some parents may not want their children participating in a "murder"-related game for moral reasons. But, chances are most of these parents played "Clue" or a similar game as kids, so it's not that they don't think it's possible to treat the subject matter in a way that doesn't glorify it. They may just have enough going on in their own lives that the last thing they want is to pick up their child and hear about the "murder."

Do You Want Just a Game or a Total Theme?

It's possible to have the murder mystery as one part of the party — in other words, a separate game while the remainder of the party has nothing to do with murders or mysteries — or to make the theme of the entire party that of a murder mystery, including food and drinks that match the theme. For example, you might have drinks that are all red or a cake festooned with frosting art resembling clues. If your child is a big Agatha Christie fan, for example, a whole-party theme could be fantastic. If your child isn't that big a mystery fan, though, having the murder mystery game as only one part of the party may be better.

What's the Age Range at the Party?

Most children's parties tend to have a narrow age range just because the guests tend to be classmates and other kids around the same age. In some families where there are siblings with close birthdates, those children might have one big party for all of their birthdays if the parents can't handle planning two or three parties within a couple of weeks. If you're in a family like this, note the age range of the guests. Older children may be bored by a mystery game made for younger children and vice versa. Plus, you may have one child who is excited about the game while the others aren't. If all of you have agreed to have one party, you have to ensure it's a good party for everyone.

Murder mystery party games for kids come in several forms from board games to immersive, clue-stuffed play-acting games. Whether your child has a favorite mystery author or just likes to figure things out, you'll all have a blast. 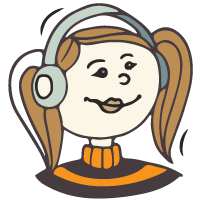 Thanks for stopping by! I'm Kristy Riley. Some of my best experiences in my life have been skiing trips. I do enjoy skiing, but what I love the most is the scenery that I get to enjoy while skiing. I also love the scenery when rafting, hiking and with all of the other fun activities I have enjoyed with my friends over the years. It feels like not enough people enjoy everything that the world has to offer, often because they are not aware of what is out there. For this reason, I created this fun little blog where you can learn all about sports and recreation from me, based on my personal experiences.

The Incredible Power Of Coaching Programs
7 December 2022
Are you an athlete and striving to be the best you can be? If so, you may want to consider enrolling in a coaching program. These programs can match y …

Purchasing A Firearm? Two Reasons To Take Concealed Carry Classes
7 October 2022
Owning a firearm puts a lot of power at your fingertips. If you ever find yourself in a dangerous position where you are being accosted by someone who …